Looking back at an exciting year of building, partnerships and community.

2022 has been exciting year for NMKR and the whole NFT world.

As the year 2022 comes to a close, we at NMKR are proud to look back at all that we have achieved over the past 12 months. From minting over 1 million NFTs and helping numerous projects launch on our platform to forming partnerships with other companies and organizations and launching our own token, it's been a busy and successful year for us.

None of these achievements would have been possible without the support of our amazing community and our valued partners. We are grateful for all that they have done to help us achieve our goals and drive the adoption of NFTs.

In this Year in Review article, we will provide a non-exhaustive summary of the many achievements and initiatives that we were a part of in 2022. We hope that this will give you a sense of all that we accomplished this year and provide a glimpse into the bright future that lies ahead for NMKR.

Let's start with some numbers:

3. NMKR Studio saw over 6,000 revenue-generating projects launched and a total of 25,000 projects created.

5. NMKR has a large and active community of users, with over 35,000 registered users in NMKR Studio and more than 500,000 minting transactions taking place.

Overall, 2022 was a fantastic year for NMKR, and the company is well-positioned to continue driving the adoption and development of NFTs in the years ahead.

Now let's take a closer look at some of the highlights:

- We achieved a major milestone by reaching a total of 500,000 minted NFTs.

- NMKR released a whitepaper outlining the company's vision and plans for the future.

- The company also announced the NMKR token, which would later be launched through an ICO.

- During the CNFT Awards, NMKR launched the first ForJ NFT on Cardano.

- NMKR made headlines with the launch of Zamarad, a multi-million dollar physical art piece that was tied to an NFT.

- The company also formed a partnership with COTI, a leading provider of fintech solutions.

- NMKR participated in the NFT LA Conference, showcasing its innovations and contributions to the NFT space.

- NMKR formed a strategic partnership with LCX to launch the NMKR Token.

- The NMKR Token was launched via an initial coin offering (ICO), raising $3.5 million in funding.

- NMKR formed a partnership with Wolfram Blockchain Labs to expand its capabilities and reach.

- NMKR participated in a World Economic Forum (WEF) side event with the House of Blockchain Switzerland and the Cardano Foundation.

- NMKR presented on the main stage at ATEC Aachen, discussing the role of blockchains in sustainability.

- NMKR participated in the Consensus Conference and the Crypto Valley Conference, sharing its insights and expertise.

- NMKR's token was listed on Bitrue.

- NMKR launched the Playground and NMKR Mint, making it easier for users to launch small NFT collections on Cardano.

This is an important step for IOG and our mission to build a better tomorrow for everyone through technology. We are excited to be working with NMKR as they develop an entire minting and payment infrastructure ecosystem, making NFTs accessible for everyone. - Charles Hoskinson

- NMKR launched NFTs with physical artist Christian Etter and in collaboration with the Cardano Foundation.

- We announce an official partnership with Genius Yield.

- We got invited to the Microsoft Business Leader Forum with Satya Nadella.

- We participated in the CNFT Con, the largest Cardano NFT conference and connected with our Community.

- We announced a strategic partnership with the Football Foundation Africa.

- NMKR founder Patrick Tobler became an advisor for the GeniusX Accelerator, helping new companies start up on the Cardano platform.

- NMKR presented vNFTs at the founding meeting of the SSI Alliance with Atala Prism, IAMX, and the Cardano Foundation.

- Participated in the Project A Knowledge Conference in Berlin.

- We participated in the Cardano Summit, with Patrick Tobler presenting on the main stage about SSI and digital identities and how to combine them with NFTs.

- NMKR formed a partnership with TURF and the Cardano Foundation to launch official Cardano Summit NFTs.

- Patrick Tobler, CEO of NMKR, won the "Developer or Developer Tools" award at the Cardano Summit.

- NMKR participated in the Slush Conference in Helsinki.

- Our Token was bridged to Milkomeda and joined the Blueshift Liquidity Pool.

- NMKR Games launched Rogue Galaxies and sold out of its first collection.

- IOG mentioned us in their ecosystem report.

Overall, it has been an incredibly successful year for NMKR. From forming partnerships with major industry players to launching innovative products and services, NMKR has solidified its position as a leading player in the NFT space. We are grateful for the support of our community and partners and are excited to continue pushing the boundaries in the coming year. Thank you for joining us on this journey in 2022, and we look forward to seeing what the future holds for NMKR. 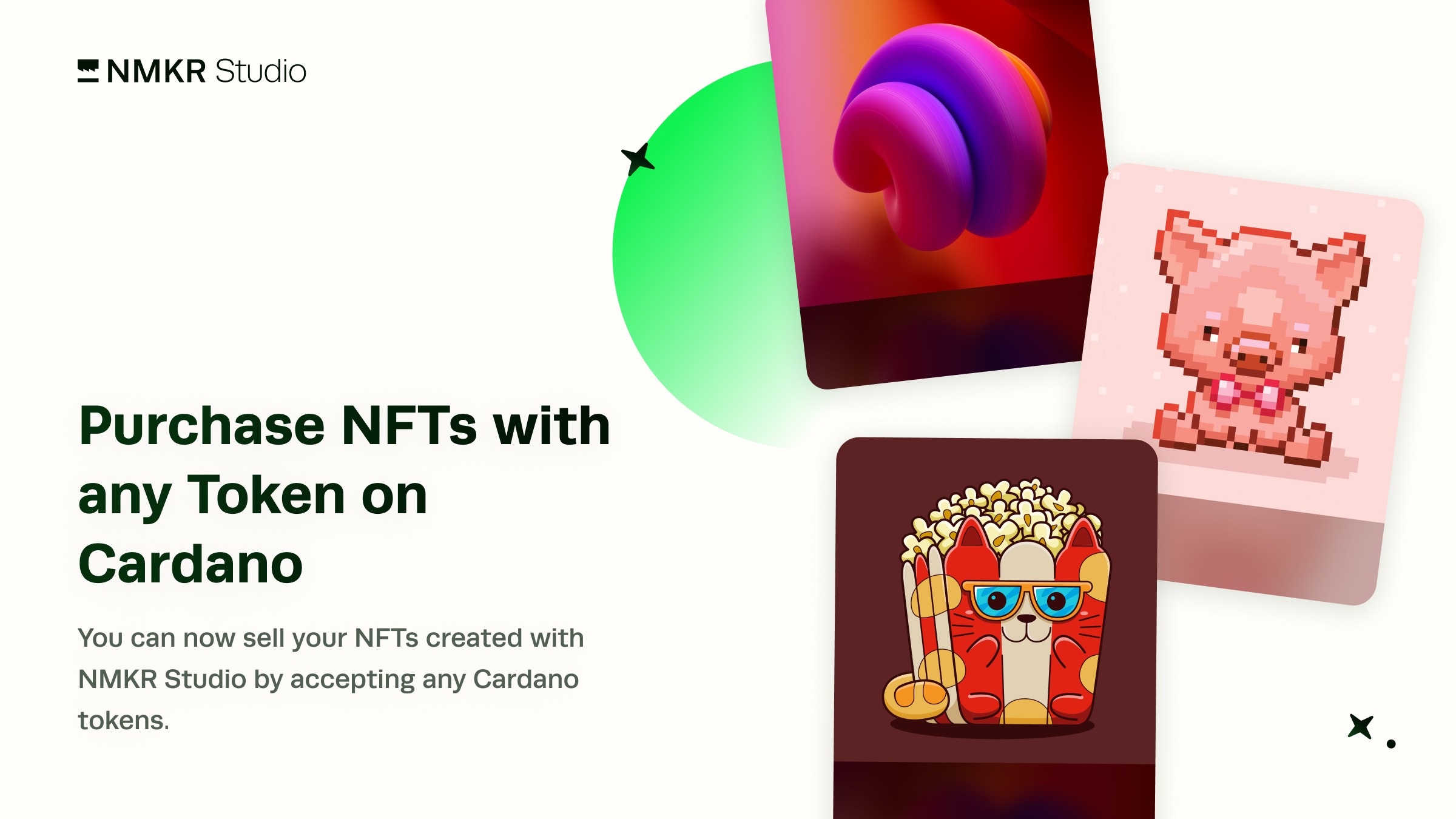 Announcement
Sell and Purchase NFTs with any Cardano Token
Read 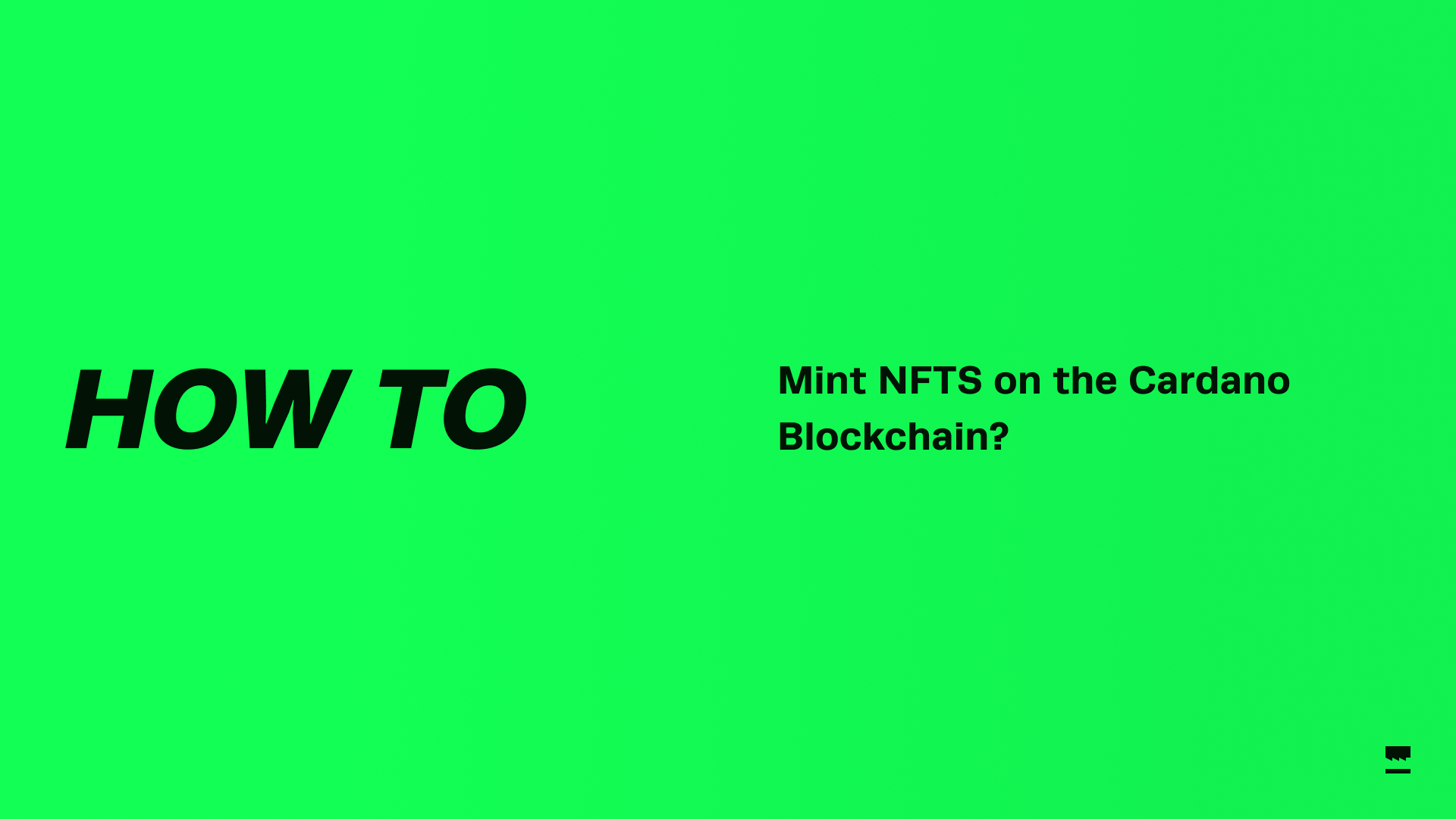 Articles
How to create NFTs on Cardano
read 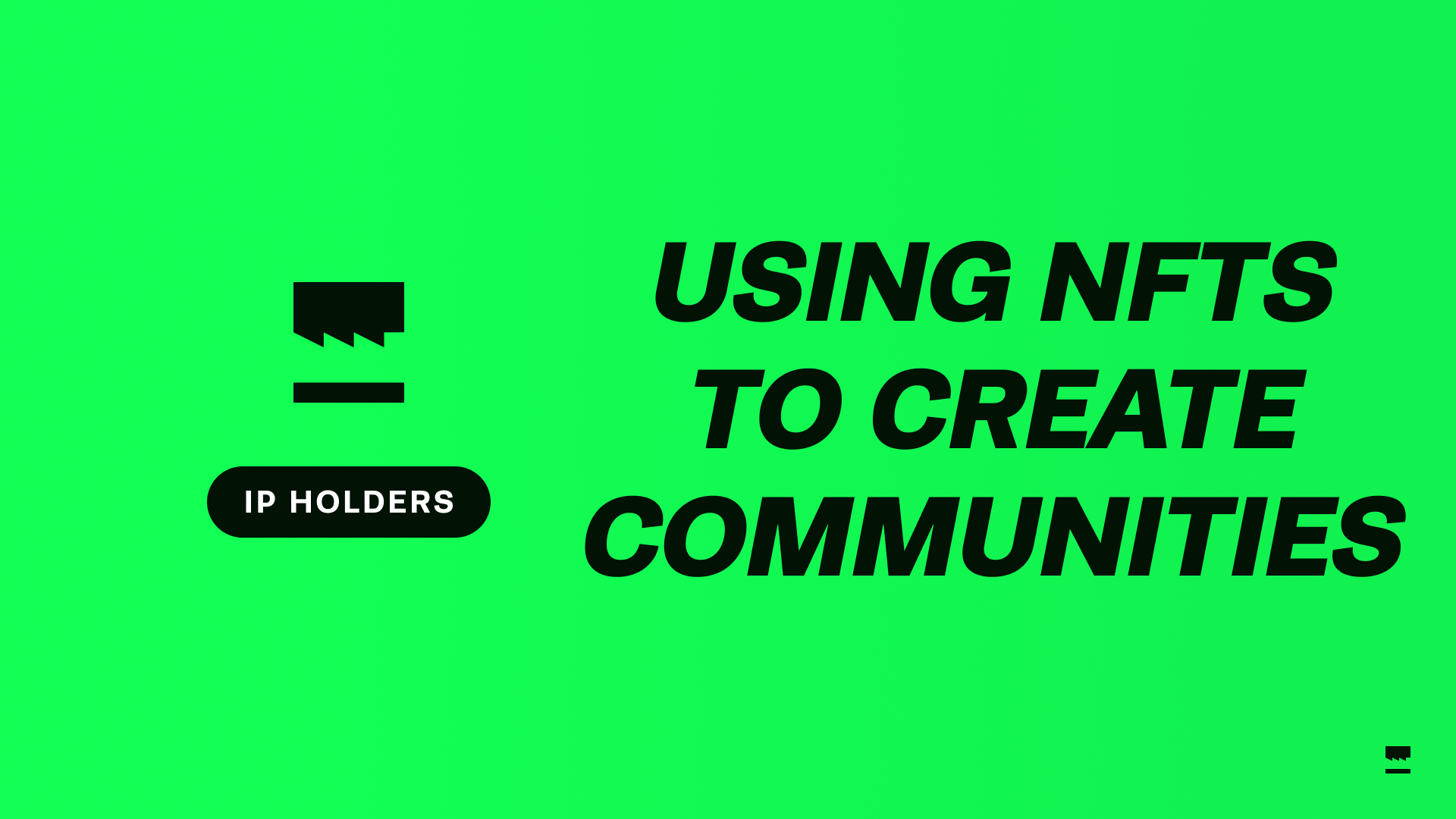 Articles
How IP holders can access their community with NFTs.
Read